When describing the target audience of our projects, it is useful to have labels for different parts of the community. Common language can help us communicate better internally, and so make better decisions.

What follows is simply a description of this language - unlike some of our other models, it doesn’t make substantive claims about how the community is, or should be.

There are many ways to partition the EA community. One way is by engagement.

These three factors are likely to be correlated, but imperfectly. (For instance, Bill Gates has read and endorsed some of the community’s research, but hasn’t significantly engaged with the community in person.) In what follows, we have tried to consider all three of these facets. A precise definition would be impossible, and we think that discussing all three factors gives a better sense of what is meant by each group discussed.

We can think of different levels of engagement as a series of concentric circles, where the smaller, inner circles are made up of the people who are most engaged. 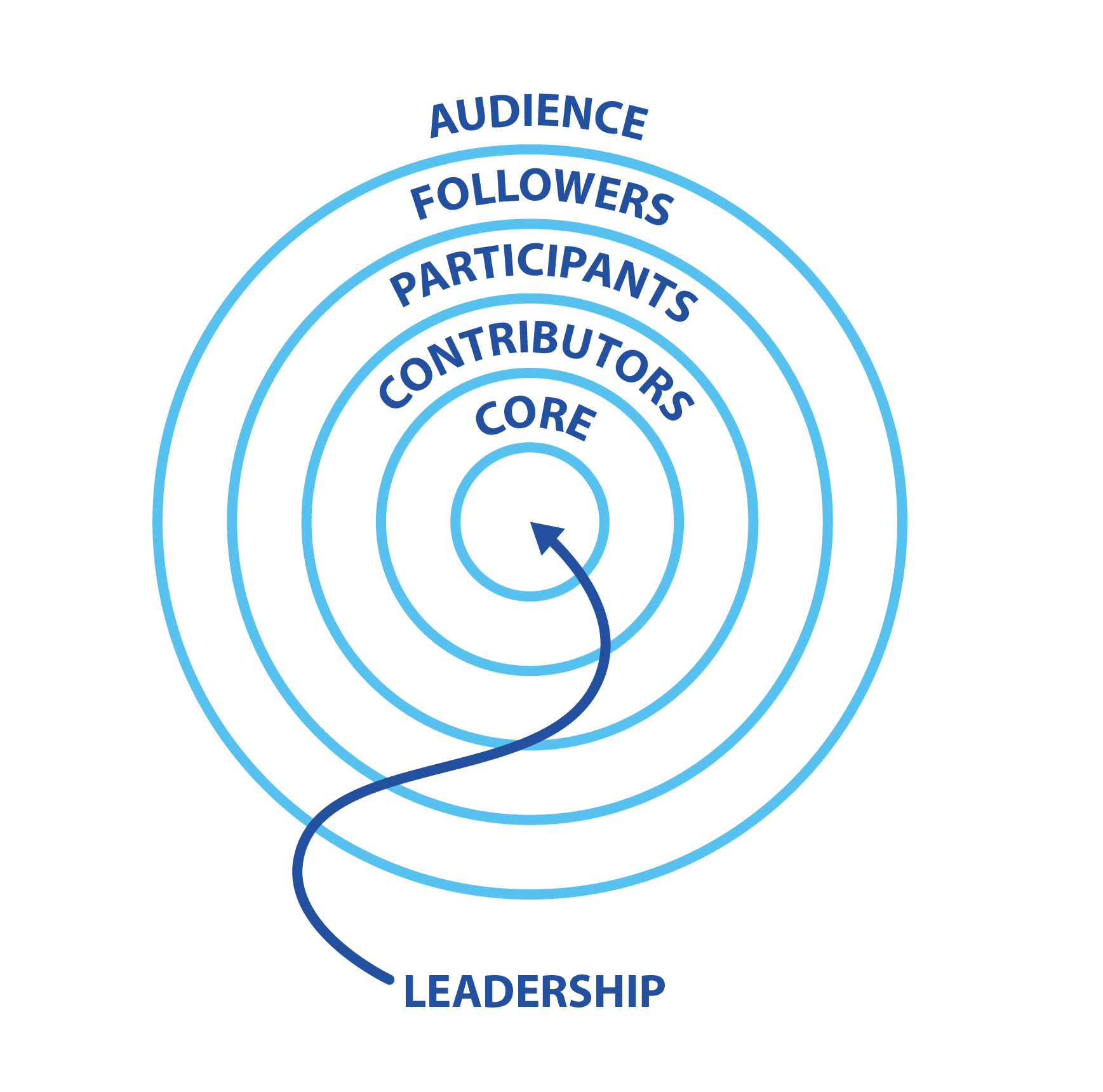 Obviously, in reality these circles aren’t perfectly concentric: there are several different, overlapping communities in effective altruism, focused around different ideas - e.g. there are communities of people who focus on AI safety, biosecurity, and animal welfare respectively. However, the notion of concentric circles is often a useful shorthand.

Also note that the concentric circles model is tracking engagement, not the total impact of an individual. For instance, Bill Gates has done incredibly impactful things: he has probably had a greater impact than nearly everyone in the EA community. However, he is not very highly engaged. Therefore, despite his high impact, he is not in the core of effective altruism. However, using the framework of the three-factor model, dedication appears to be one of the determinants of impact, and engagement with ideas and engagement with the community may be correlated with realization.

Let us define the following levels of engagement:

The terms in the concentric circle model are most useful in helping us to communicate internally about the goals for each of our projects. For instance, when we were discussing what the audience for EA Global should be this year, we were able to use the terms “contributors” and “participants” to set out different possibilities. Similarly, when we are writing a piece, we might have one of the above audiences in mind (this piece, for example, is mostly aimed at contributors).

Of course, these terms remain starting points for discussion. Normally, we will have a more specific or complicated audience in mind for any given project.